Interview by Massoud Hamed of Al-Monitor with Akram Hesso, the Kurdish head of Syria’s Jazeera canton, March 2, 2016  (and a second interview, dated from May 2015, further below)

AMUDA, Syria — Amid the ongoing war ravaging Syria, particularly the Kurdish regions, infighting among the Kurds continues, as does the Kurdish-Arab conflict. As the Syrian revolution enters its fifth year, areas like Homs and Hama have been brought to ruin and their inhabitants have either been forced out or fled.

In an interview with Al-Monitor, Akram Hesso, the head of Syria’s Kurdish canton of Jazeera (Cizîrê), spoke about the Syrian Kurds’ relations with regional and international players as well as a model for federal rule in Syria.

Despite widespread unrest, Kurdish regions (Rojava) affected by the spillovers of the Syrian crisis have generally been able to maintain their infrastructure and institutions dating back to the Syrian regime’s rule.

Akram Hesso, a graduate of Aleppo University’s law school, holds the post of prime minister of Jazeera canton, one of three cantons making up the Syrian Kurdish territory of Rojava. He spoke to Al-Monitor from the city of Amuda about the difficulties and problems his people are facing and the sacrifices they made to preserve the safety of the Kurdish regions. The text of the interview follows:

Al-Monitor:  Can you describe the current situation on the ground? Who are the main stakeholders? And do you believe that you are alone in this, or do you have partners? 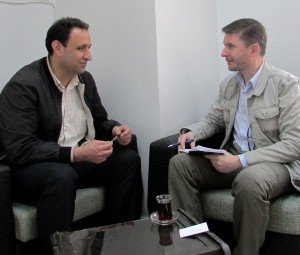 Akram Hesso:  All the people of Rojava, including Arabs and Assyrians, are represented by the joint democratic autonomous administration under Kurdish leadership. So this is the current situation on the ground in Rojava, Kurdistan. The self-governance regime incorporates services and military institutions, in addition to the formation of a self-defense duty force. This national institution has proven effective internally and externally, as it has been able, within two years of its establishment, to overcome many challenges, while assuming a leading role throughout this period and finding a formula for building a new Syria. We are talking about a federal Syria founded upon the historical and geographical facts of these peoples.

Al-Monitor:  How will you maintain control over your regions in the current circumstances?

Hesso:  The autonomous administration relies on its military force, which can also protect the areas it liberates. Our main challenge is the lack of financial support and services [generally provided by the Kurdish diaspora] given the growing burdens. In the areas liberated by our forces, the autonomous administration is the one providing daily necessities and medical care for the inhabitants regardless of their ethnicity.

Al-Monitor:  The Syrian National Democratic Council was proclaimed on Dec. 8-9, 2015, before the Riyadh conference held on Dec. 12, 2015. What is the purpose behind it?

Hesso:  The SNDC was the product of negotiations between the key players on the ground holding the reins of any political and military decision. Although the SNDC attended the Riyadh conference, the latter is different insofar as it serves certain regional agendas and interests that are not in line with the Syrian people’s public interest. The elected council included the parties that attended the Riyadh conference, not to mention that interventions were obvious in the formation of the negotiating delegation, thus proving the unworthiness of the conference’s decisions. None of the decisions reached in Riyadh have been applied on the ground and they did not benefit the Syrian people.

Al-Monitor:  What is your goal now, especially since your demand to attend Geneva III was denied? Why do you think this happened?

Hesso:  We support any conference that calls for a political solution in Syria, but according to certain fundamental principles. Our exclusion from Geneva III was due to regional pressure from Turkey, Saudi Arabia and Qatar, as well as other parties within the National Coalition for Syrian Revolution and Opposition Forces. It is fair to say that the autonomous administration is one of the parties that could really benefit from Geneva III, notably since some international parties insisted that we take part, which is actually an important accomplishment for us. By those parties I am referring to Russia and the United States, for if it weren’t for US support, there would not have been a high-level meeting the day after the Geneva peace talks in Rojava. The visiting delegation to Rojava included military officials headed by US presidential special envoy Brett McGurk, the commander of the international coalition against the Islamic State in Syria and Iraq, the commander of the British special forces and the commander of the French special forces. It was a high-level delegation and meetings were held over a period of two days, in addition to a meeting with the autonomous administration’s coordinating body that lasted for a whole day. The meetings discussed the proposal to establish a Syrian federal government, which the autonomous administration supports as a solution, and a new pact for a social contract. This federal state should be founded on the historical and geographical facts of these peoples, especially the Kurds.

Al-Monitor:  As you tighten your grip on the Syrian part of Kurdistan and Rojava, how do you plan to provide for the welfare of the people and mitigate the effects of rising prices to avoid what happened in Madaya?

Hesso:  The Turkish government is imposing an unjust blockade against us because of its policy and the failure of IS, which Turkey helped create, in the Kurdish regions. We are also suffering from a blockade and several obstacles imposed by the Iraqis, especially our brothers in Bashur in Iraqi Kurdistan, and this is the result of conflicting policies on certain issues. But we have a solid infrastructure in Rojava. And as an autonomous administration with the labor force in Rojava, we are seeking to rebuild the infrastructure after all the destruction it has sustained. As for the problem of price increases and living expenses, it is worth remembering that the Middle East region in general is facing this problem. The main reason is the appreciation of the US dollar.

Al-Monitor:  Do you maintain any political relations with Kurdistan or the Turkish government?

Hesso:  Ever since the autonomous administration was established, we have been extending the hand of friendship to the people of Bashur, since we consider ourselves the same people with the same geography. But due to certain positions regarding a number of issues, such as the political situation and the relations between the Kurdish parties in Rojava, differences of opinion are bound to arise. But when we say differences we do not mean disagreement, as there are no disputes between Rojava and Bashur, and it is only a matter of different views and interpretation on certain issues. We are doing the best we can to overcome the obstacles in order to establish better relations.

Al-Monitor:  What is the nature of your strategic relations with Europe and the United States, particularly after the visit of the Western delegations, including those of former French Foreign Affairs Minister Bernard Kouchner and the latest US delegations to the Rojava region following Geneva III?

Hesso:  Since the outbreak of the Rojava revolution, we noticed a systematic marginalization from the part of several regional countries that are against any neighboring Kurdish entity — this includes Turkey, and even the Syrian opposition, which is calling for democracy, while they are far from being democratic themselves. However, the fight of the Rojava peoples under Kurdish leadership has earned international legitimacy as the true defender of democracy in the Middle East aiming to build a new federal Syria for all its people. Therefore, our relationship with Europe and the international coalition is based on mutual interests in establishing a democratic rule in Syria, defeating IS and finally establishing a new order in a new Middle East so that all the people in Syria claim their rights, especially the Kurdish people.

Al-Monitor:  Are you able to lead this Kurdish region alone and independently from the Kurdish National Council? Are there any ongoing relations or talks?

Hesso:  The KNC is a political umbrella that encompasses part of the Kurds in Rojava. However, some political parties took advantage of this council, stripping it of its name and status and usurping its political decisions. But the democratic autonomous administration has built everything we have now away from the KNC, and using its own powers with the support of its people and the historic resistance of the heroes of the People’s Protection Units, as well as the Women’s Protection Units and Asayish Rojava on the battlefields, and the sacrifices they made to build Rojava. So the democratic autonomous administration, with all its people, is capable of running not only Rojava but all of Syria.

The interviewer, Massoud Hamed, holds a master’s degree in journalism and is a doctoral student at Paris-Sorbonne University. He won the 2005 cyberfreedom prize from Reporters Without Borders and is director of the Nudem Media Association in Syria.

Read also:
Interview with Akram Hesso, the head of Syria’s Kurdish canton of Jazeera (Cizîrê): A federal way out for Syria?, May 2015 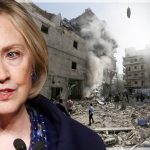