Until now, Ankara had sought to refocus the anger against IS on Kurdish groups, but does Tuesday’s attack mean this strategy will change? 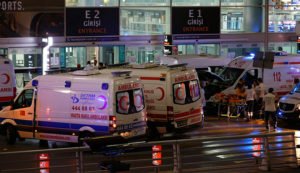 Turkey has been the target of Islamic State (IS) bombing attacks seven times since the general election a year ago. But the IS attack at Istanbul Ataturk Airport on June 28 that killed 42 people and wounded 239 others needs closer attention for its target selection, timing and possible links to regional developments.

The attack came after Turkish officials had taken steps to improve relations with Russia and hoped Russian tourists would start returning. Israel and Turkey had just struck an agreement to normalize relations. Pro-government media immediately concluded that the airport attack was meant to sabotage Turkey’s peace process with its neighbors. Nobody seems to question Ankara’s bankrupt Syria policy that provided guns, training and logistics support to dangerous organizations over the past five years and granted border crossing privileges to jihadis.

The pro-AKP daily Sabah, under the headline ‘Treacherous ambush of peace‘, commented, “Gangs of betrayers exposed themselves as [Turkey was] reconciling with Israel and Russia.” Pro-government media was overflowing with comments that linked the airport attack to attempts to surround Turkey, to hinder its progress and to isolate it.

But there is not the slightest indication that IS is uncomfortable with Turkey normalizing relations with Israel. The countries’ return to the old days of good ties has no bearing on IS operations in Iraq and Syria. To the contrary, Israel is delighted with Turkey’s contribution to a proxy war against its top enemy, Syria.

IS might have reasons to be concerned with the Russia-Turkey reconciliation. Even though its relations with Moscow are improving because of economic imperatives, Russia could pressure Turkey to modify its Syria policy. This could be bad news for IS and Turkey’s friendly revolutionaries in Syria.

Yet claims that IS has targeted Russian-Turkish peace aren’t very credible. This most recent attack must have been planned long ago. No wonder CNN Turk openly reported that Turkish intelligence had informed the state institutions 20 days ago of a list of targets that IS could attack, including Ataturk Airport.

On June 27, the United States listed 16 city names for its nationals to avoid when traveling to Turkey.

According to media reports, three attackers from Uzbekistan, Kyrgyzstan and Dagestan of the Russian Federation entered Turkey on May 25, went to Istanbul, rented a flat in the Aksaray neighborhood and prepared for their attack. The preparations there took at least a month.

Naturally, Turkish officials, to avoid debates on intelligence and security flaws, sought salvation by resorting to their now-classic but bizarre measures. First, they banned reporting about the attack and imposed restrictions regarding Facebook and Twitter. There was a stern warning that those using social media to share material that could trigger societal reactions would face penalties.

Justice and Development Party (AKP) parliamentarian Samil Tayyar, thrashing those criticizing the reporting ban, said, “I hope they get killed in such an explosion.” Yigit Bulut, a senior adviser to the president, said, “Are you growing taller by writing about the explosion?”

If timing is considered significant, there are other issues we must look into. Although Turkey did not abandon its policy of declaring red lines to the Kurds — and therefore provided protected areas to IS — Ankara was under local and foreign pressure and had no choice but to hasten efforts to round up suspected IS members.

According to official figures in the first five months of 2016, 989 IS suspects were detained and 228 of them were eventually arrested. In June, 50-60 more people were arrested.

Although IS militants continue to cross into Turkey’s Gaziantep and Kilis from Syria’s Jarablus and al-Rai areas, security forces at the border are more vigilant, making life difficult for IS.

There is another cause for IS anger with Turkey. To prevent IS from capturing positions held by its friendly opposition forces on the Azaz-Marea front, Turkey has been following a three-pronged strategy: supporting organizations such as Ahrar al-Sham and Jabhat al-Nusra with artillery fire; helping those groups with arms and logistics; and providing special forces teams on short-term missions to boost the groups’ operational capacity.

The measures Turkey is taking against IS — even though they are at times hypocritical and for show only — are enough for IS to terrorize Turkey with suicide attacks.

Another timing issue to be noted is that IS had called on its militants and sympathizers to launch attacks throughout the month of Ramadan. The attack at the airport coincided with the second anniversary of IS’ declaration of a caliphate.

As for target selection, Istanbul Ataturk Airport is the third-busiest airport of Europe. This attack hit Turkey’s lifeline while promoting the global effect of terror, as the attack was a message to the entire world. IS shifted its target selection, compared with earlier attacks. At Suruc, the targets were leftist youths helping in Kobani. In Ankara, it targeted the parties and unions criticizing the government’s strategy against the Kurds. Yes, they were Syria-related issues, but they also had a lot to do with Turkey’s domestic politics. Then there were attacks in Istanbul’s Sultanahmet and Taksim neighborhoods, when foreigners were targeted. Recent attacks in Gaziantep and now in Istanbul tell us that IS has shifted to attacks that will rattle Turkey in its entirety.

Until now, Ankara strove to refocus the anger against IS on Kurdish groups. This was Ankara’s hope of making the Kurds into a target of the international anti-IS coalition. The latest attack proved, however, that the government can no longer dilute the Syria issue by adding other organizations to be blamed alongside IS. Although the pro-government media incredibly appear to be worried about IS’ losing Manbij, they can no longer add Kurdish groups to their favorite “terror cocktail” narrative. These direct attacks against Turkey by IS point to the imperative of making changes in Ankara’s policy in Syria. 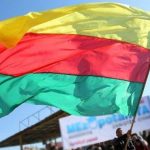