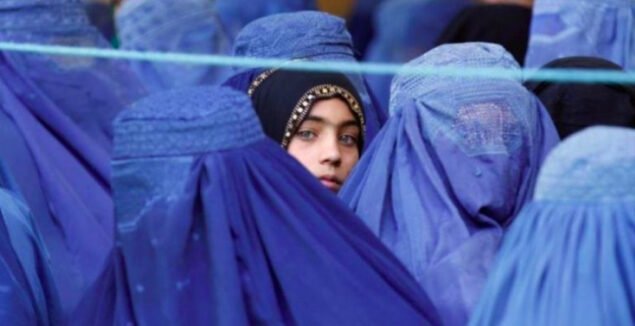 The occupation of Afghanistan by the US army was not for democracy, but for oil. Moreover, terrorist groups (such as Al Qaeda, Taliban or ISIS), apart from being created/and promoted by the USA, are shown as demons as long as they are not at the service of American interests.

The American military fled Afghanistan on August 15, after 20 years of occupation, during which time the United States and Europe guaranteed the construction of the longed-for oil pipeline that would transport oil from the Caspian Sea to the West.

Afghanistan is a multicultural country with more than 35 million inhabitants, mostly Muslims, distributed over a territory of more than 650,000 km2.

This territory, being located in the inevitable passage between East and West, historically was and is a forced path for the encounter of diverse cultures. The Muslims arrived there in the 10th century and remained as the most influential religion in the country.

Being integrated by different peoples of semi-nomadic and sedentary origin, war conflicts between peoples were the constant.

Russia militarily occupied the country with the promise of “pacification” at the end of the 1970s. But, with the fall of the Soviet Union (1989) the Russians withdrew, and the clashes between peoples resurfaced, this time financed by American governments. In this context, the Taliban (religious novices) emerged and prevailed, and ruled the country until 2001.

The US government accepted the Taliban in power because they promised them the construction of the longed-for oil pipeline that would cross the territory of Afghanistan to transfer oil from the Caspian Sea to the West. But the Taliban reneged on that promise, and the gringos portrayed them as the most lethal terrorist group in Central Asia.

And so, in 2001, after the attack on the Twin Towers in New York, the US government accused the Taliban of that terrorist act, invaded Afghanistan militarily, and imposed a government it called democratic.

This democratic government imposed by the US, from the first year of its mandate, facilitated the design of the construction of the oil pipeline. The Euro-American oil companies entered and appropriated the oil business.

In this way, the US had finally achieved its objective…, and organized its withdrawal from the country because it had invested close to two billion dollars in the project.

In this process of military occupation and “planned withdrawal”, they underestimated the mystique of the military resistance of the “ragheads” (as the gringos call the Taliban), “defeated 20 years ago”. The Taliban, taking advantage of the circumstances, advanced and occupied the country completely, the American military and their European allies fled Afghanistan in humiliation, leaving the oil business at serious risk.

Are the Taliban demons?

The Taliban, no matter how hard the media corporations such as CNN try to demonize them, had not been “as cannibalistic” as the Euro-American corporations claimed they were.

Once they took power in Kabul, they did not assassinate the US-imposed President, they did not slit the throats of the remaining US military, they did not massacre women “liberated” by the gringos. No cannibal lets his prey flee without a scratch! The cannibals had been others.

What will happen to Afghanistan?

Now, without the physical presence of any foreign power, they will rebuild their history in a sovereign manner. Hopefully within the framework of universal rights and dignity. They will regain control of their commons in their territory.

Apparently the US fled Afghanistan, but that is not entirely true. The oil business is not secured by the pipeline in process. Such a flight could be a US strategy to strike humanity harder.

Two days before the flight of US troops from Afghanistan, another US platoon entered the Congo, a country with a world cobalt reserve, with the argument that the terrorist group ISIS (also made in the USA) would be in that country.

All this shows us that the occupation of Afghanistan by the US army was not for democracy, but for oil. Moreover, terrorist groups (such as Al Qaeda, Taliban or ISIS), apart from being created/and promoted by the USA, are shown as demons as long as they are not at the service of American interests.

But, that does not mean that the issue of Afghanistan should be reduced to the use or abuse of the burqa for women. The struggle of the Afghan people is for their emancipation and self-determination as a multicultural country, with great challenges. 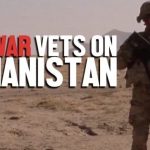 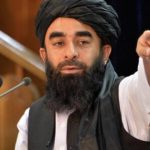