Afghanistan: Another Reminder for Withering Britain 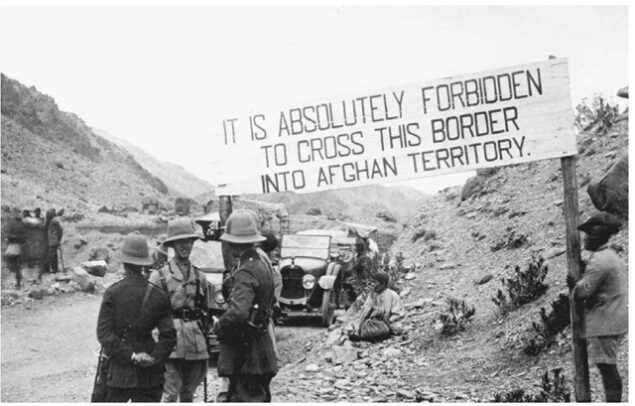 With that the vestige of British power, built on the coat-tails of the 1940s and the mutually advantageous myths formed since then, has gone. We are now just a rather remote, small, and fairly insignificant state who is just one amongst many. The delusion that we are otherwise has to go.

Yves here. Richard Murphy looks at what the sudden fall of Afghanistan means for Britain’s and America’s global aspirations.

I have to confess that it seems bizarre to me to have Afghanistan depicted as an epic US defeat. We wrecked Iraq, did not get to exploit its oil, and its government very loudly has said it wants us gone. Syria is still standing despite our best efforts and Russia has run rings around in the region. We’ve tried to sanction Russia and Iran into submission and that hasn’t gone so well either. And if you’ve been fighting a war for ten years and haven’t won, it looks pretty bloody clear that you aren’t going to win. So why all the hysteria about a concession to reality?

Afghanistan is much more like what happened in the financial crisis. Those who were paying attention knew that subprime mortgage related assets and exposure held by banks were overvalued, even more so when it became evident that guarantees by monolines and AIG were going to be worth little to zilch. Marking those to their actual value would result in catastrophic losses. That day of reckoning was inevitable. The only thing in doubt was the timing and the ultimate level of the damage.

By Richard Murphy, a chartered accountant and a political economist. He has been described by the Guardian newspaper as an “anti-poverty campaigner and tax expert”. He is Professor of Practice in International Political Economy at City University, London and Director of Tax Research UK. He is a non-executive director of Cambridge Econometrics. He is a member of the Progressive Economy Forum. Originally published at Tax Research UK

There are events in seemingly far away places that have significance way beyond their immediate implications. Suez in 1956 was one, and saw the end of the myth of the UK as a superpower. Afghanistan 2021 feels the same, although we cannot know as yet, of course.

The similarity is in the blow that events can deliver to the perception of a state, its power, and the over-arching policy it has pursued. Even if the UK long ago ceased to be a power, its actions in the shadow of the USA under the guise of a supposed special relationship let it perpetuate its wish that it had its previous status and influence, and the US went along with the game, having learned the cost of isolation in the 30s.

But now not only has the UK been defeated in Afghanistan, as is very obviously the case, so too has the US fallen, and in a way that feels more significant than the failure in Vietnam. That was a proxy war, where the East and West fought out their ideological disputes in a country where the local populace were considered expendable. The defeat in Afghanistan is nothing like that. Intensely unpopular as the Taliban are with many – including vast numbers in Afghanistan, I am sure – such movements cannot exist unless they are sheltered and supported within communities. That is the way of all movements of this type. In that case, this was not a move in a proxy war. This was a defeat. With that consequences will occur.

No longer will the US feel invincible. It is not.

No longer will it also seek to march into states to impose its world view, as it has done so often.

And no longer should it expect others to coalesce around its view when it has so obviously failed to consult its supposed partners on the fall of Afghanistan.

This then is a massive moment for the role of the US in the world. It does not create a vacuum, but the risk that one might follow – which China will all too willingly seek to fill – seems very real at present.

And where does Britain fit into this? In a sense it does not. The US did not consults us, and is still not apparently telling us what it is doing in Kabul. We were not a player. There was no special, relationship. Our opinion was not worth having. It did not matter to the US. The pretence is over.

With that the vestige of British power, built on the coat-tails of the 1940s and the mutually advantageous myths formed since then, has gone. We are now just a rather remote, small, and fairly insignificant state who is just one amongst many. The delusion that we are otherwise has to go.

But will the delusion disappear? Will we, with its demise, stop building aircraft carriers that were strategically useless decades before they were designed? Will we stop thinking ourselves exceptional? And will an England thwarted become ever more aggressive towards its last vestiges of empire – those states it subjects to its rule within the supposed United Kingdom, which increasingly feels anything but that?

These are big questions. Only time can provide the answers. But I have a feeling that everything has changed. The image of British power has withered away. If all involved now deal with the reality for the these islands and their future that might be for the better. If at the same time we stop hectoring and abusing the world and actually learn to live with and work alongside it, so much the better too. But will we do that? That’s anyone’s guess. The wise will hope that we do.