Russia’s Public Chamber has asked UNESCO and OSCE to help prevent Poland from creating a register of Soviet WWII memorials and removing those not built on grave sites or cemeteries.

“Last week the Public Chamber asked UNESCO to look into the issue at a separate session. Today we forwarded our address to the OSCE,” Yelena Sutormina, head of the public diplomacy commission, told RIA Novosti on Monday.

She said the plan, proposed by Poland’s Institute of National Remembrance, was a blatant violation of the 1994 agreement on protection of cemeteries and historical monuments. “This is obviously a violation of international norms, we must actively oppose it,” the activist told reporters. 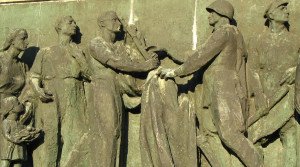 Sutormina also promised to raise the issue of protecting Russian war memorials in Poland at the next session of the United Nations.

In late March, the head of the Institute of National Remembrance Lukasz Kaminski proposed creating a register of monuments installed in Poland in memory of Soviet soldiers who fought and died in the country during WWII. He proposed, however, to get rid of those not placed on actual burial sites. Kaminsky thinks these monuments don’t symbolize the liberation of the country from German troops, but the domination of the Communist system.

The initiative immediately drew sharp criticism from diplomats. Russian Ambassador in Warsaw, Sergey Andreyev, pointed out that all existing monuments were protected under intergovernmental agreements. He said the argument that the Poles only intended to raze memorials not connected with burial sites was invalid, because all monuments were intended to remind future generations of the 600,000 Russian soldiers who died liberating Poland from the Nazis.

The ambassador also expressed hope “that a civilized attitude to war memorials would prevail and any attempts to undermine our relations will be thwarted in the future.” He warned that if the anti-Russian initiative is pushed through it would inflict tremendous damage on relations between Moscow and Warsaw.

Foreign Ministry spokesperson Maria Zakharova said the planned campaign “was bordering barbarism,” and was launched “with the intention of erasing from the Polish people’s memory the fact that the Red Army saved them from total annihilation by the Nazis.” She also compared the plans to raze some of the monuments with what Islamic State terrorists did to ancient sites in the city of Palmyra in Syria.

The official went on to promise that if the Polish plan to destroy part of the monuments is realized, Moscow would not let it pass without a strong reaction. 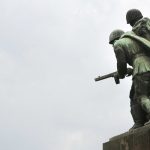