Contrary to received opinion in the UK there is no “trade off” or “balance” to be made between a health first, eliminate the virus strategy on the one hand and an economic recovery on the other.

Contrary to received opinion in the UK there is no “trade off” or “balance” to be made between a health first, eliminate the virus strategy on the one hand and an economic recovery on the other.

Half hearted lockdowns and premature attempts to “save the economy” in the UK and USA have led to a far higher level of deaths than in China. China carried out a massive social mobilisation and strict lockdown, which eliminated domestic infections within six weeks. Subsequent infections have come from people coming in from outside; and these too have been dealt with very quickly. The UK and USA, by contrast, have so far had 27 weeks, have failed to eliminate the virus and are now looking at another 27 at least- just to get through the winter and the additional difficulties caused by the overlap of COVID with annual Flu – with no guarantee that a vaccine will bring an end to restrictions. 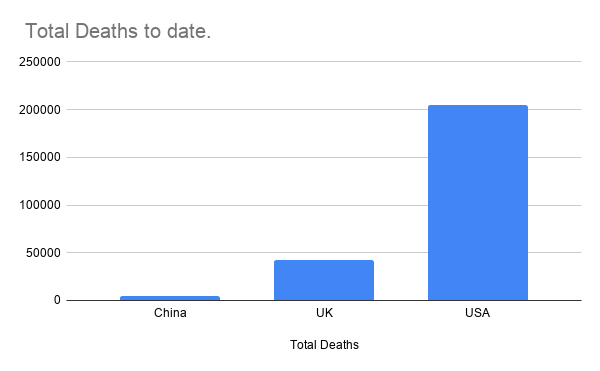 There have been around 100 deaths in China in total since mid May. In the USA deaths are running at about 750 a day and have done for weeks.

This has also not allowed a revival of economic activity. Quite the contrary as we can see. Again, the contrast with China is instructive. 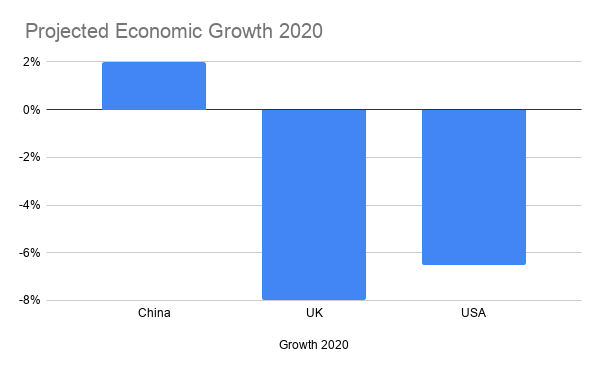 Attempts to reopen the economy while infections are running high has simply led to a rebound in infections, leading to students and teachers being sent home from school, University students in quarantine, local lockdowns and a series of bewildering half measures from government that it can’t keep track of itself; all of which prevents any economic recovery capable of firing on all cylinders. The attempt to “live with” the virus while hoping for a vaccine means an economy gummed into permanent quagmire.

So, the shortest route to an economic revival is via the most determined measures to eliminate the virus, as we can see here. 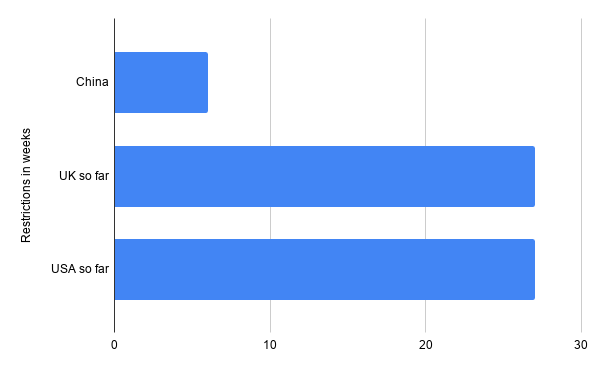