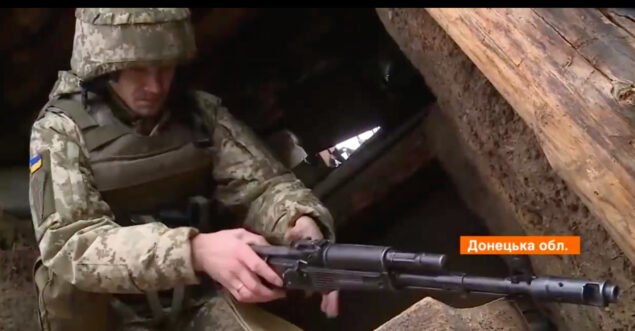 After months of preliminary talks, attempts at provocation and political preparations it would appears that the crisis in Eastern Ukraine and Crimea is coming to a head.

After months of preliminary talks, attempts at provocation and political preparations it would appears that the crisis in Eastern Ukraine and Crimea is coming to a head.

The reason given for this is the purported deployment of Russian forces to Crimea, and it is allegedly a “defensive move”.

This is clearly a pretext, indeed Moscow has repeatedly warned that Ukraine is preparing for an escalation in Eastern Ukraine and likely towards Crimea too.

On the Russian side, quite a bit of heavy equipment is being deployed in order to stop any potential critical escalation.

Social media is filled with footage of various trains and convoys moving forces towards Krasnodar and, especially via the Crimean Bridge, to Crimea.

The pieces of equipment include notably a 2S19 Msta-S self-propelled howitzer, some BMP-3 IFVs, T-72 battle tanks and more.

In total, as of March 30th, reports claim that Russia has deployed up to twenty-eight battalion tactical groups. Around twenty-five more such formations are expected to arrive in the coming days.

In Eastern Ukraine, the stage has been set for an escalation. For weeks now, Kiev’s forces have carried out one violation after the other, shelling the Donetsk and Luhansk People’s Republic’s (DPR/LPR) military positions, but also their residential areas.

The two Republics responded in kind, and Ukraine has reported almost daily casualties. In most days over the course of March, Kiev lost 1 soldier, and on March 26th, it even lost 4.

In MSM, the portrait of an aggressor, renewing their activities is now being painted. This is reinforced by the fact that there is military equipment primed for attack. All that was left was to remove any political obstacles that stood in the way.

On March 29th, the Ukrainian Parliament passed a bill removing any need for Kiev to fulfill its obligations under the Minsk Agreements.

The document has some typical clauses, that Kiev has adopted numerous times in the past. It, however, calls the situation in Eastern Ukraine an “international armed conflict” – a war, and not “aggression of the Russian Federation against Ukraine.” All of these contravene the Minsk Agreements.

Ukraine also adopted a new Military Strategy, which is mostly aimed at repelling and deterring armed aggression against Kiev, preventing or restraining the enemy from full-scale use of military force against Ukraine, termination of the temporary occupation by the Russian Federation of part of the territory of Ukraine and more.

The stage is set, and it is likely that impromptu NATO exercises will begin in the Black Sea in the coming weeks. Some observers claim that the “ideal period” to begin a war in Eastern Ukraine and Crimea would be between April 15th and 25th as the humidity would be low and the roads easier to navigate. 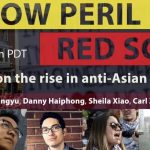 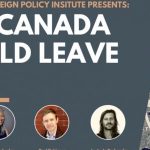