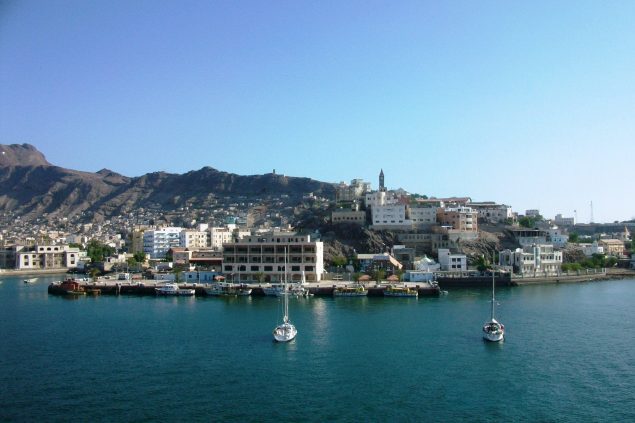 In Yemen, tensions between the government and separatists had simmered since the 2017 formation of the Southern Transitional Council, a body calling for southern Yemen’s secession from the north. But a decisive war between the council and the government broke out in August, opening a new chapter of turbulence for Yemen’s southern provinces.

The armed conflict between the Yemeni government and southern Yemeni secessionists has gone dormant in recent days, but it threatens to explode again at any time. The infighting between the nominal allies is likely to persist in the light of the failure of a Saudi-led mediation effort.

Last month, Abyan and Aden provinces witnessed a wave of violence and bloodshed ensuing from armed clashes between the separatists and pro-government military units. The former accused the latter of colluding with the rebel Houthis in northern Yemen to conduct a missile attack in early August that killed dozens of separatist soldiers in Aden.

The separatists seized Aden last month after three days of heavy clashes with the government.  They’ve also seized some districts of neighboring Abyan province. A local source was quoted as saying, “The Southern Transitional Council has sent reinforcements to the east of Zinjibar [the capital of Abyan province] and other areas in [Abyan province’s] Khanfir district in an effort to block any advance by the government forces.”

The Yemeni military has also been mobilizing its forces in the south. On Saturday, a military source told Sputnik news agency that the Yemeni army moved personnel carriers, armored vehicles, and dozens of soldiers from Marib province to Shoqra city, also in Abyan’s Khanfir district.

Tensions between the government and separatists had simmered since the 2017 formation of the Southern Transitional Council, a body calling for southern Yemen’s secession from the north. But a decisive war between the council and the government broke out in August, opening a new chapter of turbulence for Yemen’s southern provinces.

Another Front in the Civil War

The latest armed confrontations between the two sides have added insult to injury in Yemen’s devastating civil war. Optimism that the presence of the Saudi-led coalition would prevent a separatist conflict in southern Yemen has given way to the reality that such a conflict has now begun. Multiple armed factions are now active in the region, including pro-government forces, STC fighters, and al-Qaeda in the Arabian Peninsula.

Outside players are fueling the crisis. The UAE stands by the STC, while Saudi Arabia backs the Yemeni government, and the rift this has opened in their relationship threatens to make the conflict even deadlier.

The UAE’s support for the STC stems in part from its fear that the Islamist Islah Party has gained considerable clout within the Yemeni government and may wind up in control of the country if and when the civil war ends. But this is not the only thing motivating the Emiratis. Southern Yemen is home to considerable natural resources, including oil, and is strategically located at the junction of the Red and Arabian seas. The UAE is keen to maintain its influence in this critical part of the world and views the separatists as loyal clients who will reliably support Abu Dhabi’s interests.

The Saudis, by contrast, view the Yemeni government as a loyal client and their best chance to reestablish Yemen’s pre-war political order and contain the Houthi threat on the kingdom’s southern border. Southern secession would potentially leave the Houthis in a much stronger position and therefore would be antithetical to Saudi war aims.

The Yemeni government has sharply criticized the Emiratis, demanding that they stop supporting the separatists. Yemeni officials this month have called for ending Emirati participation in the Saudi-led coalition, a demand that so far hasn’t been met.

The people of southern Yemen are far from unified in their feelings about independence. Some aspire to part from northern Yemen while others want to continue unity with north based on a federal system that would permit greater levels of regional autonomy. Some southerners even want to form a state that’s independent from a future South Yemen governed from Aden, in which case the south itself could be broken up into at least two states. Such a situation will have spillover effects on the peace efforts in Yemen, complicating efforts to reach a political settlement to its civil war.

The history of southern Yemen is awash in conflict.  Prior to the establishment of the former southern state—known as People’s Republic of South Yemen—in 1967, southern Yemen was divided among multiple sultanates. Even after those sultanates unified, the south still faced instability as the former sultanates’ political elites kept fighting among themselves.

Today, a considerable number of southerners feel that independence from the north is a stepping stone to stability and prosperity in in the south. But despite the STC’s prominence, southern Yemen is not united behind any single leadership and there is no consensus as to its future. The truth is that the divisions within southern Yemen cannot be resolved merely by restoring a single southern Yemeni state. Unless Saudi Arabia and the UAE are able to implement a political process to help settle its many internal conflicts, power struggles and regional strife will continue to plague the region and, therefore, Yemen as a whole.

Khalid Al-Karimi is a freelance reporter and translator. He is a staff member of the Sana’a-based Yemeni Media Center and previously worked as a full-time editor and reporter at the Yemen Times newspaper.