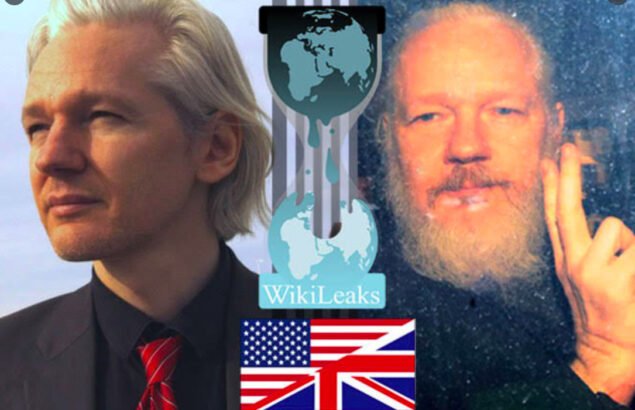 Magistrate Vanessa Baraitser on Monday ordered Julian Assange discharged based on a severe risk of suicide.

She said U.S. authorities did not convince her they could prevent him taking his life. Before reaching her conclusion Baraitser agreed with virtually every point in the U.S. favor until she came to the condition of his health and what extradition to the U.S. would mean. Baraitser brought Assange down a dark alley before her surprise decision at the end.

The moment the judge said Assange would be “discharged” the courtroom camera swung to him sitting in the glassed-in dock. He showed no reaction.

Baraitser was ready to immediately hear a bail application but Assange’s lawyers have asked until Wednesday to make it. She told the court that her decision whether to release Assange from remand in Belmarsh prison would also depend on the U.S. decision on an appeal, which the U.S. has said it would lodge.

Craig Murray, the former British diplomat and friend of Assange, told jubilant supporters on the street outside Old Bailey that he expected “Julian to be walking among us” on Wednesday.

Press freedom advocates were disappointed in the judgement, saying Baraitser established a precedent to ensnare journalists by  accepting U.S. contentions that Assange was not engaging in journalistic activity but rather assisting his source, Chelsea Manning, crack into a government computer, as well as that he illegally possessed and published classified material.

By affirming that journalists can be prosecuted under the U.S. Espionage Act, as well as the equivalent British Official Secrets Act, Baraitser handed down a perilous ruling for the future of journalism, the advocates argue.

However it may have been unrealistic to expect her to rule that the U.S. was criminalizing journalism. The outcome is probably the best Assange supporters could realistically have expected. Murray said it was time to be joyful of the ruling and that the issue of press freedom was for “tomorrow.”

As the judge agreed on every point with the U.S. indictments of Assange, there is little the United States can appeal other than to argue that Assange is not severely suicidal or that it can be managed, and that its prisons are not the well-established dungeons that they are. The U.S. may argue on appeal that Assange violated the Espionage and Official Secrets Acts but Baraitser’s ruling to deny extradition on mental health grounds would remain.

Baraitser in her ruling said the UC Global case of spying on Assange while he was in the Ecuador Embassy would have no bearing because the case has not yet reached a verdict in a Spanish court.

'Hopeful Assange can be with us soon' | Craig Murray speaks outside Old … https://t.co/HJluAewwGy via @YouTube

US prosecutors state they willl appeal

The decade long process was the punishment

He has suffered enough https://t.co/qG4OU4iqHz

Spot on: “It’s only his fragile health that has saved him from extradition. The US arguments were all upheld. All journalists should be alarmed at the judgement”

LIVE from outside court in London as UK judge rules against Assange extr… https://t.co/nFeJNNTG4B via @YouTub