$4,700 – Budget Of Alleged Russian Meddling In US Presidential Election 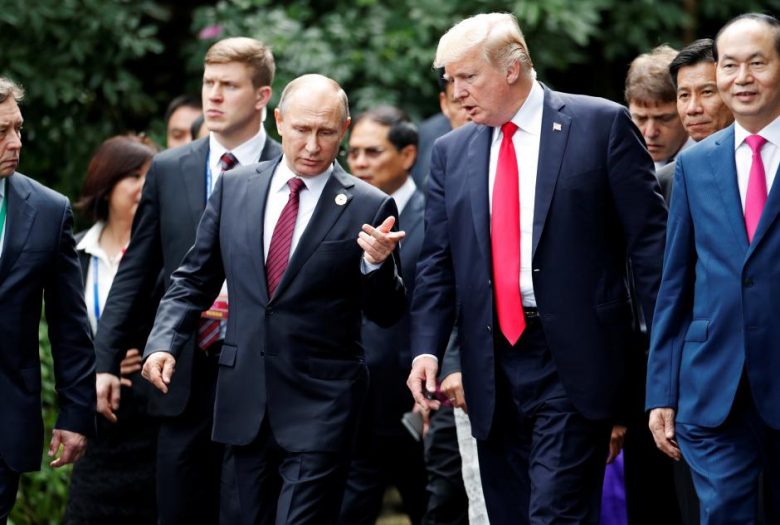 On December 11, Google CEO Sundar Pichai revealed the entire budget of the “Russian Meddling” by using Google Ads was less than US $5,000. It appears likely that the Mueller enquiry could rapidly shift towards the role Saudi and Israeli money played the Trump campaign.

Whenever Russiagate peddlers are confronted w/ the actual facts, it doesn't go so well. Here's @RepJerryNadler asking Google CEO Sundar Pichai about "the full extent" of Russian meddling activity on its platforms in 2016. The answer: Russian-linked accounts spent $4,700 on ads. pic.twitter.com/MiZaq8HBvS

“Does Google now know the full extent to which its online platforms were exploited by Russian actors in the election two years ago?” New York Democratic Rep. Jerry Nadler and ranking member of the House Judiciary Committee asked.

​“We have – we undertook a very thorough investigation, and, in 2016, we now know that there were two main ad accounts linked to Russia which advertised on Google for about $4,700 in advertising,” Pichai answered.

“That’s right, which was — no amount is okay, here, but we founded limited activity, improper activity. We learned from that and we dramatically increased the protections we have around our election offerings leading up to the current elections, we again found limited activity both from the Internet Research Agency in Russia as well as accounts linked to Iran.”

To put into perspective, Alphabet Inc., Google’s holder company contributed $1.6 million to Hillary Clinton in the 2016 election cycle, according to data by the Center for Responsive Politics.

It is possible, of course, for Sundar Pichai to have lied about the matter. Since he did already lie about geolocation and possibly lied about the possibility of Google starting a censored search app in China, during his testimony.

RT released an interview with legal and media analyst Lionel. He said that the testimony by Pichai casts doubt over the entire Russian meddling investigation.

“This was their star witness, Google, they could have done so much, had he said the right thing,” he said.

“Jerrold Nadler, Democrat head at House Judiciary Committee, the same committee that is going to immediately try to impeach President Trump – this was his moment once and for all to have the head of Google to come and say ‘yes, there was enormous pressure, influence and ads on the part of the ‘Russians.’ That is it – $4700? And he furthermore said that in some of the other ads that were purchased they had nothing to do with Hillary Clinton or Donald Trump per se, but dealt with larger issues. That was the story that the mainstream corporate media never mentioned,” he continued.

Lionel further claimed that it is becoming more and more apparent that the goal of the investigations and hearings related to the “Russian meddling” “is not the truth.”

“The bigger question is why these people still persist when since 2016 they have not found one example, not one bit of evidence, not one centile of fact showing that Russia actually significantly affected the election: not influenced, not sowed discord, not made people think but actually changed numbers, changed data – something substantial. That is what I think when I think of collusion. We never found any of that and they are still asking the question today.”

According to Lionel, the reason why the Democrats cling so much to these Russian meddling narrative is because they’re trying to explain how Hillary Clinton lost. “She had to explain to a lot of rich and powerful people who were very angry at her, who gave her a lot of money, she made a lot of promises that she was going to win.”

It is also becoming and more apparent that the Russian meddling investigation has become a tool for a political witch hunt, aimed at Trump and his aides. It is showing that despite all of the individuals indicted and even convicted as part of Special Counsel Robert Mueller’s investigation, no connection whatsoever has been discovered to Russia.

Furthermore, if the alleged Russian troll farm managed to turn the US elections with a budget of less than $5,000, Pichai may have actually provided it with massive advertisement for future election participants across the globe.