Turkey appears to have deliberately shot down a Russian warplane as a provocation designed to escalate tensions between NATO and Russia, a ploy that seems to have sucked in President Obama as he tries to look tough against Russia to appease his neocon critics. (Update: Russia says one airman saved.)

President Barack Obama – always sensitive to neocon criticism that he’s “weak” – continues to edge the world closer to a nuclear confrontation with Russia as he talks tough and tolerates more provocations against Moscow, now including Turkey’s intentional shoot-down of a Russian warplane along the Turkish-Syrian border.

Rather than rebuke Turkey, a NATO member, for its reckless behavior – or express sympathy to the Russians – Obama instead asserted that “Turkey, like every country, has a right to defend its territory and its airspace.”

It was another one of Obama’s breathtaking moments of hypocrisy, since he has repeatedly violated the territorial integrity of various countries, including in Syria where he has authorized bombing without the government’s permission and has armed rebels fighting to overthrow Syria’s secular regime.

Obama’s comment on Turkey’s right to shoot down planes — made during a joint press conference with French President Francois Hollande on Tuesday — was jarring, too, because there was no suggestion that even if the SU-24 jetfighter had strayed briefly into Turkish territory, which the Russians deny, that it was threatening Turkish targets.

Russian President Vladimir Putin angrily called the Turkish attack a “stab in the back delivered by the accomplices of terrorists.” He warned of “serious consequences for Russian-Turkish relations.”

Further provoking the Russians, Turkish-backed Syrian rebels then killed the Russian pilot riddling his body with bullets as he and the navigator parachuted from the doomed plane and were floating toward the ground. (Update: On Wednesday, the Russian defense minister said the navigator was alive and was rescued by Syrian and Russian special forces.)

Another Russian soldier was killed when a U.S.-supplied TOW missile brought down a Russian helicopter on a search-and-rescue mission, according to reports.

But Obama, during the news conference, seemed more interested in demonstrating his disdain for Putin, referring to him at one point by his last name only, without the usual use of a courtesy title, and demeaning the size of Putin’s coalition in helping Syria battle the jihadist rebels.

“We’ve got a coalition of 65 countries who have been active in pushing back against ISIL for quite some time,” Obama said, citing the involvement of countries around the world. “Russia right now is a coalition of two, Iran and Russia, supporting [Syrian President Bashar al-] Assad.”

However, there have been doubts about the seriousness of Obama’s coalition, which includes Sunni countries, such as Saudi Arabia and Turkey, which have been covertly supporting some of the jihadist elements, including Al Qaeda’s Nusra Front and its ally, Ahrar al-Sham.

Syrian rebels, including jihadists fighting with Ahrar al-Sham, have received hundreds of U.S. TOW anti-tank missiles, apparently through Sunni regional powers with what I’ve been told was Obama’s direct approval. The jihadists have celebrated their use of TOWs to kill tank crews of the Syrian army. Yet Obama talks about every country’s right to defend its territory.

Obama and the U.S. mainstream media also have pretended that the only terrorists that need to be fought in Syria are those belonging to the Islamic State (also known as ISIS, ISIL or Daesh), but Al Qaeda’s Nusra Front and its ally, Ahrar al-Sham, which was founded in part by Al Qaeda veterans, make up the bulk of the Turkish-and-Saudi-backed Army of Conquest which was gaining ground – with the help of those American TOW missiles – until Russia intervened with air power at the request of Syrian President Assad in late September.

As for the circumstances surrounding the Turkish shoot-down of the Russian SU-24, Turkey claimed to have radioed ten warnings over five minutes to the Russian pilots but without getting a response. However, the New York Times reported that a diplomat who attended a NATO meeting in which Turkey laid out its account said “the Russian SU-24 plane was over the Hatay region of Turkey for about 17 seconds when it was struck.”

How those two contradictory time frames matched up was not explained. However, if the 17-second time frame is correct, it appears that Turkey intended to shoot down a Russian plane – whether over its territory or not – to send a message that it would not permit Russia to continue attacking Turkish-backed rebels in Syria.

After shooting down the plane, Turkey sought an emergency NATO meeting to support its attack. Though some NATO members reportedly consider Turkish President Recep Tayyip Erdogan a loose cannon, NATO Secretary General Jens Stoltenberg declared that the allies “stand in solidarity with Turkey.”

Further increasing the prospect of a dangerous escalation, NATO has been conducting large-scale military exercises near the Russian border in response to the Ukraine crisis.

Erdogan’s government also appears to have dabbled in dangerous provocations before, including the alleged role of Turkish intelligence in helping jihadist rebels stage a lethal sarin gas attack outside Damascus on Aug. 21, 2013, with the goal of blaming Assad’s military and tricking Obama into launching punitive airstrikes that would have helped clear the way for a jihadist victory.

Obama only pulled back at the last minute amid doubts among U.S. intelligence analysts about who was responsible for the sarin attack. Later evidence pointed to a jihadist provocation with possible Turkish assistance, but the Obama administration has never formally retracted its allegations blaming Assad’s forces.

One motive for Erdogan to go along with the sarin “false flag” attack in 2013 would have been that his two-year campaign to overthrow the Assad government was sputtering, a situation similar to today with the Russian military intervention hammering jihadist positions and putting the Syrian army back on the offensive.

By shooting down a Russian plane and then rushing to NATO with demands for retaliation against Russia, Erdogan is arguably playing a similar game, trying to push the United States and European countries into a direct confrontation with Russia while also sabotaging Syrian peace talks in Vienna – all the better to advance his goal of violently ousting Assad from power.

Escalating tensions with Russia also plays into the hands of America’s neoconservatives who have viewed past cooperation between Putin and Obama as a threat to the neocon agenda of “regime change,” which began in Iraq in 2003 and was supposed to continue into Syria and Iran with the goal of removing governments deemed hostile to Israel.

After the sarin gas attack in 2013, the prospect for the U.S. bombing Syria and paving the way for Assad’s military defeat looked bright, but Putin and Obama cooperated to defuse the sarin gas crisis. The two teamed up again to advance negotiations to constrain Iran’s nuclear program – an impediment to neocon hopes for bombing Iran, too.

The neocons targeted the elected government of President Viktor Yanukovych, recognizing how sensitive Ukraine was to Russia. The Feb. 22, 2014 coup, which was spearheaded by neo-Nazis and other extreme Ukrainian nationalists, established a fiercely anti-Russian regime in Kiev and provoked what quickly took on the look of a new Cold War.

When the heavily ethnic Russian population of Crimea, which had voted overwhelmingly for Yanukovych, reacted to the coup by voting 96 percent to leave Ukraine and rejoin Russia, the neocon-dominated U.S. mainstream media pronounced the referendum a “sham” and the secession a Russian “invasion.” Cold War hysteria followed.

However, in the nearly two years since the Ukraine coup, it has become increasingly clear that the new regime in Kiev is not the shining light that the neocons and the mainstream media pretended it was. It appears to be as corrupt as the old one, if not more so. Plus, living standards of average Ukrainians have plunged.

The recent flooding of Europe with Syrian refugees over the summer and this month’s Paris terror attacks by Islamic State jihadists also have forced European officials to take events in Syria more seriously, prompting a growing interest in a renewed cooperation with Russia’s Putin.

That did not sit well with ultranationalist Ukrainians angered at the reduced interest in the Ukraine crisis. These activists have forced their dispute with Russia back into the newspapers by destroying power lines supplying electricity to Crimea, throwing much of the peninsula into darkness.[1] Their goal seems to be to ratchet up tensions again between Russia and the West.

Now, Turkey’s shoot-down of the SU-24 and the deliberate murder of the two Russian pilots have driven another wedge between NATO countries and Russia, especially if President Obama and other NATO leaders continue taking Turkey’s side in the incident.

But the larger question – indeed the existential question – is whether Obama will continue bowing to neocon demands for tough talk against Putin even if doing so risks pushing tensions to a level that could spill over into a nuclear confrontation.

[2] More and more information is becoming known about the role of the NATO member countries, including Turkey, in aiding and abetting the rise of Daesh and other right-wing extremist forces in Syria and the surrounding region. It’s all part of the ‘regime change’ agenda of the Western powers for Syria. The NATO countries are responding to Turkey’s action in shooting down a Russian jet fighter on Nov 24 by saying that it’s all Russia’s fault for being in the Middle East in the first place. An example of this propaganda was aired on November 25 on the CBC Radio One newsmagazine program The Current. The program interviewed two spokespeople for two think tanks in the UK: Chatham House and Royal United Services Institute. Listen to the 23-minute interview here. 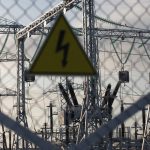 State of emergency in Crimea after right-wing extremists in Ukraine blow up electricity lines to the peninsulaCrimea, Feature Articles, Roger Annis, Ukraine
﻿No, it’s not 1937: Getting our words about Russia rightRussia