The leader of the main opposition party in Turkey has blasted the Turkish government’s policy on Syria, arguing that all players other than Turkey appear to have gained and Turkmens have “paid the heaviest price” as a result of the civil war.

“Turkey’s Syria policy has totally collapsed. Syria is on its way toward a federal structure,” Kemal Kılıçdaroğlu, leader of the Republican People’s Party (CHP) said on Wednesday.

The CHP leader’s remarks, which were broadcast live, came a day after Turkey shot down a Russian Su-24 aircraft near the Syrian border, a development that has led to a sharp deterioration in bilateral relations between Turkey and Russia.

Although the ruling Justice and Development Party (AK Party) has said since the beginning of the civil war in its southern neighbor Syria in 2011 that the country should remain united, it is now de facto divided into several parts.

The Turkish government has been offering support to rebel groups, including Turkmens, to topple Syrian President Bashar al-Assad, while Russia is a staunch supporter of the Syrian regime.

Noting that the whole world knows that Turkey is not being governed well, Kılıçdaroğlu said in remarks to the members of his party council, “Such an administration will bring disaster to the country as well as to the region.”

“A solution without Assad has totally collapsed,” the CHP leader said.

The downing of the Russian jet came as Turkmen rebel groups were pounded while fighting against Syrian government forces to defend an area inhabited by Turkmens that is located just south of Turkey’s border province of Hatay.

Kurds represented by the Syrian Kurdish Democratic Union Party (PYD) control the northeastern part of the civil war-torn country, which represents around half the border Turkey has with Syria, while the terrorist Islamic State in Iraq and the Levant (ISIL) holds the central and eastern part of the country, as well as an almost-100-kilometer-long border area with Turkey.

The Syrian government headed by Assad controls the western part of the country that borders on the Mediterranean.

Accusing the Turkish government of exaggerating its capabilities while failing to assess the balance of power in the world, the CHP leader said, “My biggest concern is that the PYD will be at the table in the resolution of the Syrian problem, [but] I wonder if Turkmens will also have a seat at that table.”

The Turkmens may not have any weight in determining the future of Syria if they lose the Bucak area to the south of Hatay province, as the rest of the Turkmen population is dispersed around the country in areas controlled by other groups or by the government.

“Who is responsible for this picture?” asked Kılıçdaroğlu, accusing the AK Party government of having led Turkey into a Middle East swamp.

It is widely argued that it is no longer possible for Syria to be united, as Assad is not expected to widen his control over most of the land that is now controlled by various rebel groups, and the rebels cannot topple Assad, who is backed by Russia, Iran and Lebanon’s Hezbollah.

Mustafa Destici, the leader of the Grand Unity Party (BBP), has also put the blame on the AK Party for the plight of the Turkmens in Syria, arguing that the government should have taken steps to ensure the security of the Turkmens before Russia actively got involved in the fight on the side of Assad.

Arguing that the government has adopted a wrong policy in Syria since the outbreak of the civil war in 2011, Destici said at a press conference at the party headquarters, “If Syria, [and] Turkmens are in this position today, it is the [AK Party] governments of Turkey that are solely responsible for that.”

Destici added that Turkmens need heavy weaponry to resist the assault of the Syrian government and forces that support them.

The Turkish government said the Russian jet was downed as it had violated Turkish airspace, but Russia denied the allegation, saying the jet was shot down in Syrian airspace.

Underlining that the current situation facing Turkey in Syria is a result of a chain of mistakes by the government, such as offering support to rebels to topple Assad, Kılıçdaroğlu implicitly defended the downing of the jet saying, “Turkey is a strong country. Turkey should not allow its borders to be violated.”

Kılıçdaroğlu also called for restraint on the part of both sides saying that the region cannot tolerate a war.

Advising both countries to engage in self-criticism about how such an incident came to happen, the CHP leader said, “A fight would do harm to both countries.”

Russian jets also twice violated Turkish airspace on the Syrian border in early October, leading Turkey to give the Russian side a diplomatic warning.

A group of CHP deputies led by Aytuğ Atıcı submitted on Wednesday a proposal to Parliament for an investigation commission to be set up to look into the issue of Syrian border security.

It was noted in the proposal that it is common knowledge that illegal activities such as the smuggling of oil, people and drugs are being conducted along Turkey’s borders.

The proposal also said the dimension of the violations in Turkey’s land, air and sea borders with Syria has become a vital issue for Turkey’s domestic peace and world peace.

Another opposition party, the pro-Kurdish Peoples’ Democratic Party (HDP), submitted a motion for a session in Parliament to discuss the developments on the Syrian border.

It is not expected that the motions will be accepted by Parliament, as the AK Party enjoys a comfortable majority.

İdris Baluken, HDP parliamentary group deputy chairman, claimed in a press meeting on Tuesday that the downing of the Russian jet was a planned act of reprisal by the AK Party government against Russia, which is attacking Turkmen rebels. He said: “It is apparent that the downing of a Russian jet was previously decided on and planned. It was just put into practice yesterday.”

[1] The Republican People’s Party is the largest opposition party in the Turkish national assembly. The party describes itself as “a modern social-democratic party, which is faithful to the founding principles and values of the Republic of Turkey”. [2] Turkmen are peoples of Turkic origin located primarily in Central Asia–Turkmenistan, Iran, Afghanistan and Northern Pakistan. There are also Turkmen populations in the North Caucasus and Middle East. Iraqi Turkmen and Syrian Turkmen are descendants of the nomadic Oghuz Turks. Estimates of the Turkmen-origin population in Syria range from 100,000 to hundreds of thousands. Wikipedia. 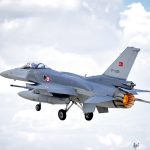 Insanity games in the skies over SyriaMultipolarity 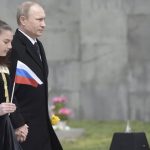