Sputnik News is reporting that the renowned, international pianist Valentina Lisitsa will hold a concert in the rebel region of eastern Ukraine later this month. 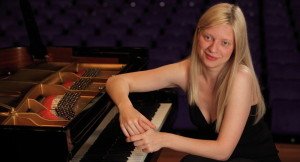 Speaking to Radio Sputnik on June 2, Lisitsa said her performance will be held in Donetsk, the capital of the Donetsk People’s Republic. It will likely take place on Friday, June 22, the symbolic 74th anniversary of the start of the Great Patriotic War.

She said the performance would take place either at the Donetsk National Academic Opera Theatre or outdoors at the city’s main square. Lisitsa said she would be very happy if it were held outdoors, “because I know how much interest and thirst for classical music and for music in general there is among Donbass residents, and I’m very excited to go there”.

Her concert will feature the works of Sergei Prokoviev, the famous Russian composer whose home city is Donetsk. The Donetsk airport that was destroyed last year by the shelling of the Ukrainian army is named the Sergei Prokoviev International Airport. It was entirely renovated and modernized in 2012.

Valentina Lisitsa is a Ukrainian-born classical pianist who moved to the United States during her teenage years. She has made international headlines for her successful professional career.

She made additional headlines in April of this year when the Toronto Symphony Orchestra cancelled two concerts she was to perform in that city on April 8 and 9. The Symphony took that drastic decision after it learned she has been outspoken against the war that the government of Ukraine has been waging against the people of eastern Ukraine since April of 2014.

The right-wing, pro-war segment of the Ukrainian-Canadian population was known to be very influential among Canada’s elected politicians and its newspaper editors. Lisitsa’s shabby treatment at the hands of the TSO showed that it also has influence in some mainstream cultural institutions.

But after examining the controversy, the Calgary Philharmonic Orchestra decided to stick with its planned recitals featuring her on June 5 and 6.

And the right wing is not at all dominant among the Canadian population. The TSO decision to cancel her performances in Toronto provoked a torrent of outrage and protest, including among readers of Canada’s mainstream press.

Lisitsa performed in Ottawa on the evening of June 2 at an invitation-only concert at the Russian Embassy. The evening featured works by Russian composers. The concert provoked a spiteful article in the Globe and Mail national daily on the same date. The article featured the views of the president of the right-wing, extremist Ukrainian Canadian Congress.

Lisitsa spoke about the original TSO decision in an interview broadcast on CBC Radio on April 7. She defended her outspoken antiwar views and said it was regretful that those backing Ukraine’s war would cynically use censorship in the world of music to back their grim cause.

Lisitsa took part in a commemoration ceremony in Paris on May 2 for the victims of the massacre one year earlier in Odessa of antiwar and anti-fascist protesters. She told an interviewer in Paris, “[In Ukraine], people are being groomed to hate. And that’s the biggest humanitarian disaster of all, because … all those people being killed, eventually this creates deep wounds of hate. That’s the biggest war crime, a crime against humanity. That is what the current government of Ukraine is perpetrating, unfortunately with the help, or at least with the ignorance, of Western governments.” 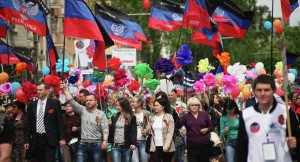 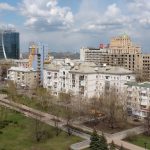