The U.S., Russia and the UN support the agreement, but the secretary of defense and other forces are trying to torpedo it.

While in Ukraine, the political epicenter of the new Cold War, the U.S.-backed Kiev government’s crisis grows worse, Stephen Cohen emphasizes that the U.S.-Russian-brokered ceasefire in Syria presents an opportunity to deal a major blow to the Islamic State, greatly diminish the Syrian civil war, and generate cooperation between the two proxy powers in Ukraine. The agreement is, however, under fierce attack on many fronts.

U.S. “allies” Turkey and Saudi Arabia are threatening to disregard the ceasefire provisions by launching their own war in Syria. In Washington, Secretary of Defense Ashton Carter and his top generals informed the White House and Congress that Secretary of State John Kerry’s agreement with Moscow is a “ruse,” and that President Vladimir Putin’s Russia remains the “No. 1 existential threat” to the United States—charges amply echoed in the American mainstream press.

In this context, Stephen Cohen makes three additional points. The “Plan B” proposed by Ashton Carter apparently means a larger U.S. military intervention in Syria to create an anti-Russian, anti-Assad “safe zone” that would in effect partition the country. This, Cohen adds, would continue the partitioning of political territories that began with the end of the Soviet Union and Yugoslavia in the 1990s and now looms over Syria, Ukraine, and even the European Union.

Second, though today’s severe international crises get scant attention in the ongoing U.S. presidential campaigns, Hillary Clinton has a potentially large and highly vulnerable stake in the Syrian crisis. As documented by a two-part New York Times investigation, then–Secretary of State Clinton played the leading role in the White House’s decision to topple Libyan leader Moammar Qaddafi in 2011, which led to a terrorist-ridden failed state and a growing bastion of the Islamic State today. Clinton’s campaign statements suggest that she does not support Kerry’s initiatives but instead backs a replication of the Libyan operation in order to remove Syrian President Bashar al-Assad—a version, it seems, of Carter’s “Plan B.”

Third, Cohen, pointing to the familiar (and meaningless) accusation that Putin has “weaponized information,” wonders whether the coverage of these events by US mainstream media is more misleading than Russian media coverage or about the same. Or, as Russian political intellectuals like to say when presented with two bad alternatives, “Both are worst.”

Stephen F. Cohen is a professor emeritus of Russian studies and politics at New York University and Princeton University and a contributing editor of The Nation. 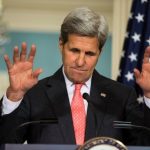 ‘Plan B’ and the bankruptcy of U.S. Syria policyMultipolarity 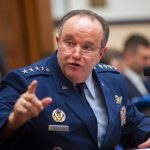